We had great privilege to have recently been asked to cooperate in a ‘little known project’ hosted by George Clarke himself. Find out how we were asked, what we installed and how the project ended! 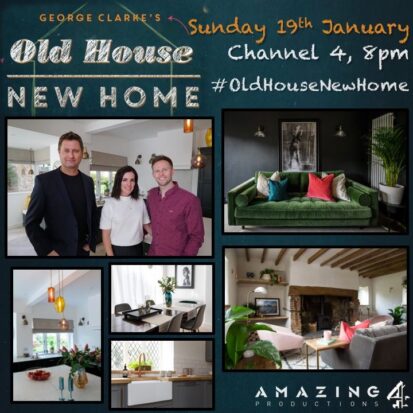 That’s right, we’re glad to announce that as of last month (19/01/20) our ceramic quartz worktops appeared on “George Clarke’s Old House, New Home”.  George Clarke, Rowan and Scott spend the last chunk of the episode discussing the refurbished Didsbury property of the couple. They revisit the new living room, bedrooms, bathrooms and of course the kitchen, where our quartz kitchen worktops present themselves in the most sublime way.

If you’re not familiar with the Channel 4 show’s premise – George Clarke, a renowned British TV presenter in the field of architecture and interior design explores vast properties around the UK (usually old -fashioned, often listed and historically important households ‘that withstood the test of time’ as Clarke puts it)  and showcases their interior transformation.

The households are always distinctly renovated from the inside into contemporary, modern living spaces, which really tricks the eyes, seeing as on the outside, the properties – for the most part – retain their rustic facade. Hence the name . . . The dilapidated and decrepit interiors are ultimately modernised and developed, often with the aim of creating a functional living space, but at times the investment is put to raise the house market value.

Each episode tackles two heritage buildings from different parts of the UK – half of the episode is dedicated to analysing the renovation progress, discussion of concepts and experience of the owners; the other half centres on the final product i.e. exploration of the already refurbished properties and examination of all individual aspects.

How did Polish Granite get involved? 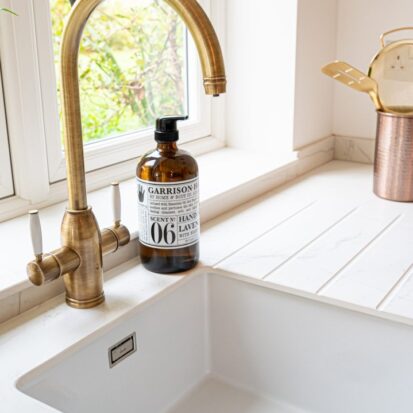 The process was pretty simple, but rather unexpected. Around August last year we were approached by Amazing Productions – the company responsible for the filming of the Channel 4 series – who expressed their need for a granite quartz  worktop company local to Didsbury, Manchester where they planned to refurbish a house.

Naturally, we agreed to the cooperation, and were thereafter booked in for a quartz worktops template/installation in October/November time. Once our part was done, i.e. installation of the bespoke Neolith ceramic quartz, we disappeared from the spotlight for a few upcoming months, until one of the producers announced in early January that the show will soon broadcast on TV. The final launch date given for the premiere of #OldHouseNewHome episode 3 was 19/01/2020. 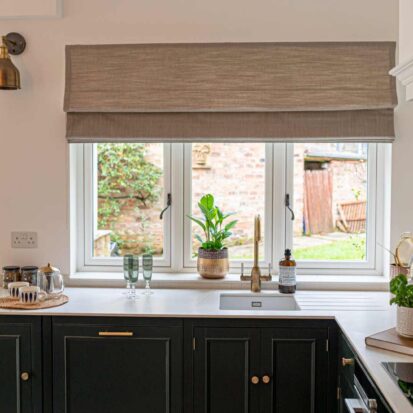 We were very satisfied with the final result. The Didsbury quartz kitchen worktops Manchester in this former coach house turned out to be beautifully executed, matching the kitchen and overall decor perfectly. In fact – not to be biased – but we were of the opinion that our quartz really accentuated the kitchen and underlined its full potential.

The marble looking Mont Blanc worktops by Neolith highlighted the kitchen’s best features: the dark green cabinets, copper elements, glass lamps, creme wooden flooring – it was all bouncing of the radiance that the white worktops emanated.  And the contrast of all colours worked sublimely together. We think the whole interior gained spaciousness and brightness,  elements that were desperately needed in this centre-stage of the house.

Polish Granite’s Input during the project:

A round of applause for all those involved! 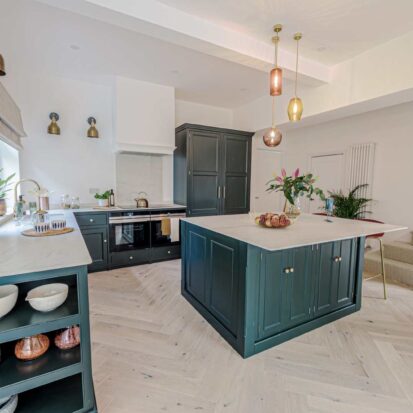 We, along with the owners of this stunning house were extremely impressed with the result. In fact, if you watch the video at minute 39: Clarke remarks: ‘this is the transformation of all transformations’ then at minute 40 when Scott says he loves the worktops, Clarke commends our ceramic quartz worktop directly: ‘lovely porcelain worktops. Amazing level of quality and craftsmanship.’ – he meant ceramic quartz / sintered stone, of course!

It’s undeniable that the friendly Manchester family home instantly gained more life, and we’re not only proud of ourselves, our fitters and masons, but also other companies that worked very hard to reconfigure this space into something truly amazing, and special for the family. Let’s not forget Neolith themselves, who produced these excellent quartz ceramic materials, and continue to supply us with such. To find out all the thanks & credits and firms involved, please visit: Old House New Home Credits.

Our utmost congratulations also go to Rowan and Scott for their willingness to proceed with this evolutionary process. Many thanks to Steven Bailey for taking such quality photos of our quartz granite worktops, Amazing Productions for producing this fantastic episode and finally Channel 4 for streaming this successful TV series. 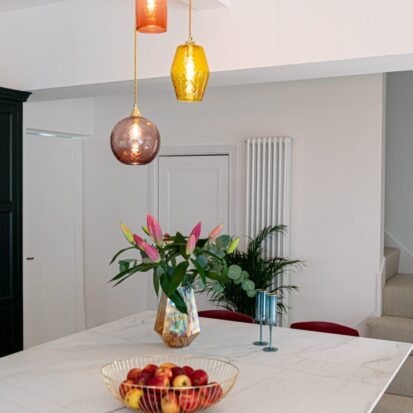 Apparently the episode was very well received, with viewing figures peaking at over 1 million!

Where to watch the third #OldHouseNewHome episode?

If you haven’t watched the third episode live last month, or missed the repeats since, feel free to visit this ALL 4 Catch up link. All of the episodes, along with the best episode 3, of course, are streaming there on demand.

Disclaimer: All images above are accredited to Steven Bailey Photography and are owned by Channel 4 and Amazing Productions.

This website is using cookies to ensure our customers receive the best possible service. Continuing the use this website means thath you agree to their use.